Home english Day 84: Stopping the abuse of life–who do I trust?

Day 84: Stopping the abuse of life–who do I trust? 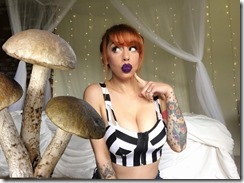 Towards the end of last year I became more and more aware of the fact that I was looking for truth and wisdom mostly, if not exclusively, outside of myself and that I actually had no inner knowledge whatsoever of myself and by myself, or very little at least. All I knew seemed to have its origins elsewhere. For example in the books and blogs I read (which was a lot), in the opinions of others, in my cultural conditioning and what I thus had accepted about the truth of the world and life itself by others. And even though I had suspected this for quite some time, it became a strong conviction and I wanted to stop being manipulated by others, no matter who and even including God. I meditated often and for extended periods of time in the hopes that some insight would come but it did not.

In my despair I searched for tools that I could perhaps use that would not give me another foreign opinion about the world. I was looking for tools that would allow me access to myself without carrying any possibility of being manipulated by dark forces or any forces I was not aware of. And I found two: one was magic mushrooms and the other the tarot. With both I was sure that I would find out more about who I accepted to be, perhaps how I hade reached this acceptance of myself through my own consent, what my underlying motives for such acceptance had been, and what my own ideas about this life, this world and myself would be.

The first couple of shroom trips were simply devastating, to say the least. I could not believe what I was told as it was destroying most, if not all, of my cherished believes about myself and what was going on here on earth. I know that the messages were initally tainted by my own beliefs, which were not really my own to begin with, as I had adpoted them trough my readings my cultural upbringing. But the shrooms began to make this kind of self-deception very clear to me in each following trip. Their message was not going away at all and it becoming clearer every time. In short it came down to this: “you MUST stop your behavior. You are not treating earth as you should. You are a guest here, actually you are an invader, and we dont want you here. You destroy all life on earth and that is why we (life itself) have to stop you! So either you begin to obey the rules of life on this planet, or you WILL go! Since you are here, we offer you this final choice. But only if you will accept life here and honor it, will be able to stay”. Reminds me a lot of the movie “Avatar”, where the invaders are finally getting kicked off the planet. Anyway, this message came through every time with more clarity and force. It was the basic essence contained in each trip, even though there was often a lot of detail and further explanation coming along with it. And often times it showed me so shockingly me my destructive behavior that I was drenched in tears and had difficulty going on with life. But the message began to take effect. And I trusted it, because it came from a fungus grown in nature. Can you believe that? From a fungus? I could not believe that this fungus could have a personal agenda of its own that would try to trick me in one way or another to serve its agenda. But obviously it did exactly that And that was okay because its agenda was the furthering and honoring of life here on this planet and it was giving me a choice to join in or leave this rock once and for all.

Well, that message got to me. It really got to me. And I have the impression that it was here all along during my entire life. I just did not listen until things began to change back in 2009. And I am quite sure that I came into this life with an awarness of this message too.

Funnily enough, the Tarot readings I did, even though I am a beginner, began to give me additional clues, pointing exactly in the same direction. This was fascinating. However, the Tarot brought me more in touch with my blockages and my self-deception and the reasons for rejecting those messages I received during my trips. It brought me in touch with all the excuses I was making to convince myself that what the shrooms had told me was not really something I absolutely had to consider as there were other options still available to me, other paths to explore. But no, the shrooms were very straight about it. There is no other way! I have to stop! Period. All else was a lame excuse to protect the system. And the Tarot showed me this. And now I do listen.

So now, with the 3-of-swords drawn today, I see this more clearly than ever before. And it does come with a couple of decisions I have been postponing for long enough.